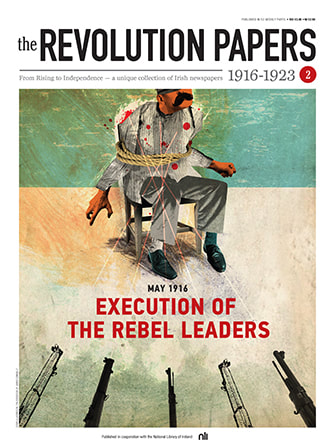 1916
EXECUTION OF THE REBEL LEADERS

Contents and articles:
Revolution Chronicle
'Shock and awe': newspapers reveal opposing reactions to the swift and sever punishment of the rebels
'Lightning punishment': the harshness of the British army's response to the rising proves too much for the politicians
'Mothers, Wives, Rebels and Workers': in the midst of war and revolution, Irishwomen assert their equality