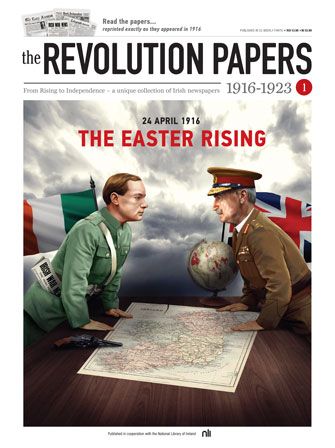 Newspapers:  Contemporary document:
The Proclamation of the Irish Republic

Contents and articles:
Revolution Chronicle
Easter Week: day by day
'What the papers say': as the chaos begins to clear, the journalists take to their typewriters
'The press': to each his own
'The stop-start rebellion': without a clear chain of command, the rising is doomed from the start
'The people's war': an armed rebellion in the middle of the capital city hits the civilian population hard
'Something in the air': Irish newspapers on the eve of the revolution
'To the People of Ireland': reading between the lines of the proclamation