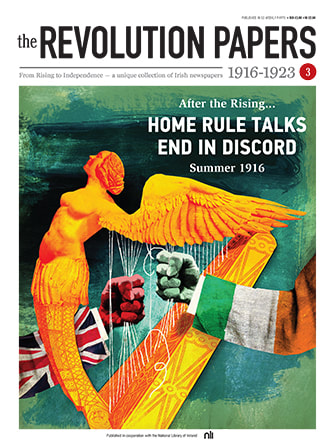 1916
HOME RULE TALKS END IN DISCORD
After the Rising...

Newspapers:  Contemporary document:
Ireland: to be or not to be

Contents and articles:
The Home Rule talks, May-July 1916
'Lloyd George's mission': the press looks on with scepticism as Britain's most ambitious politician takes on the Irish question
'The futile search for compromise': in the aftermath of the Rising and as the conscription debate rages, Home Rule talks collapse
'Roger Casement's two trials'