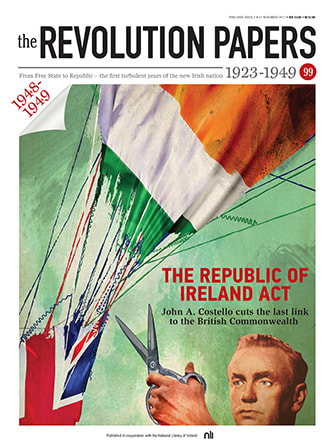 1948-1949
THE REPUBLIC OF IRELAND ACT
John A. Costello cuts the last link to the British Commonwealth

Contents and articles:
Timeline of events
Review of the Press
Also in the news during 1948
'The road to the republic': John A. Costello announces that Ireland will become a republic and leave the British Commonwealth
'A neutral nation once again': the Irish government decides against joining the North Atlantic Treaty Organisation