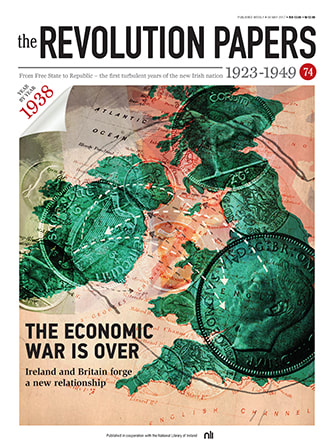 Contents and articles:
Timeline of events
Review of the Press
Also in the news during 1938
'A sovereign state': while Europe becomes increasingly militarised, Ireland and Britain reach an agreement
'The making of a presidency': Douglas Hyde becomes the first Irish president