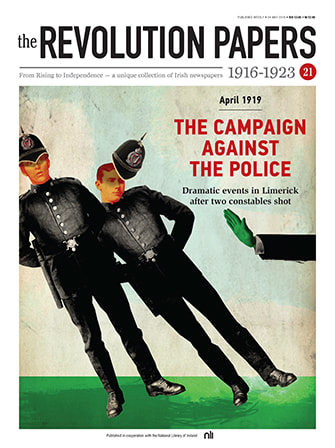 Newspapers:  Contemporary documents:
'The Limerick Soviet' and 'Boycott of the police'

Contents and articles:
Revolution Chronicle
'A city isolated': a boycott of the police, a double shooting and a town thrown into turmoil
'Bolshevik Limerick': workers take over the city
'Driving a wedge between the police and the people': Dáil Éireann instructs the Irish public to ignore the police