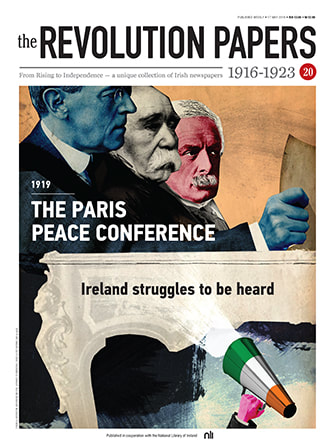 Contents and articles:
Revolution Chronicle
'An Irishman in Paris': not such a happy new year
'Ireland's demands fall on deaf ears': the Paris Peace Conference, 1919
'A new killer': as peace is declared, another threat emerges, claiming more lives than the war itself