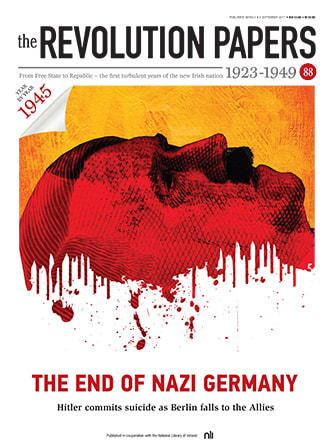 Contents and articles:
Timeline of events
Review of the Press
Also in the news during 1945
'The final days of the Third Reich': the War in Europe comes to an end on the streets of Berlin
'A war of words': Éamon de Valera responds to Winston Churchill's criticisms of Irish neutrality