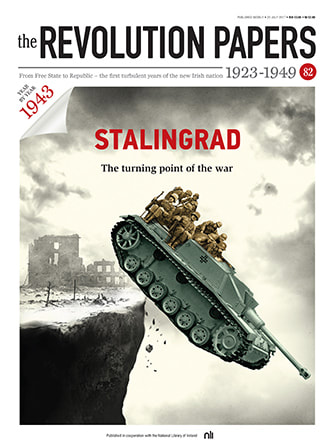 1943
STALINGRAD
The turning point of the war

Newspapers:  The document:
A call to arms

Contents and articles:
Timeline of events
Review of the Press
Also in the news during 1943
'The battle that saved Europe': the Soviet Union strikes a decisive blow against Nazi Germany
'The war's pivotal year': during 1943, the Allies go on the offensive across the globe