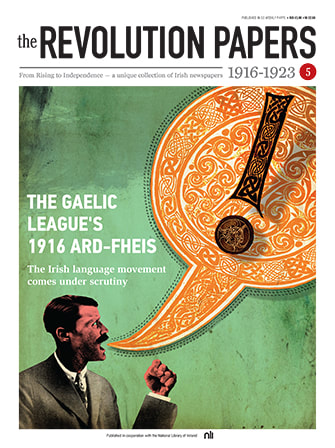 Contents and articles:
Revolution Chronicle
'Language and revolution': as Gaelic League members gather in Dublin, a war of words breaks out in the press
'The Gaelic League and the Rising': the role of the Gaelic League in the events of Easter 1916 is still under debate
'More than a language': the Gaelic League's vision for an Irish Ireland