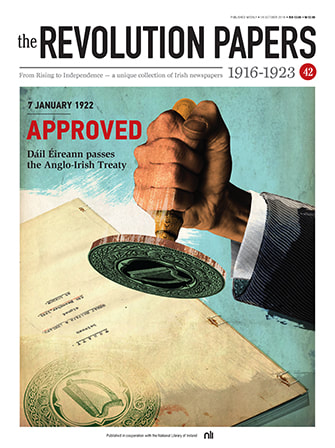 Newspapers:  The document:
The Treaty

Contents and articles:
Revolution Chronicle
'The Treaty is passed': days of debate in the Dáil finally lead to ratification of the Anglo-Irish Treaty
'The Dáil debates': a defining moment in modern Irish history
'Women against the Treaty': Female TDs bring their own style of debate to the Dáil