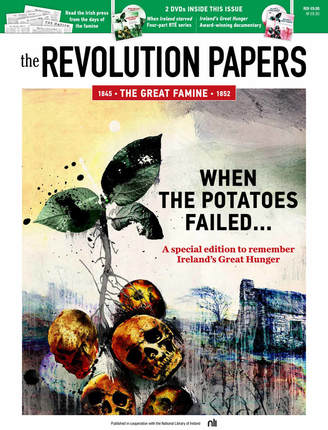 Contents and articles:
Timeline of events
'Ireland's Great Famine': the failure of the Irish potato crop and the response of the British government
'Victims in their native land': Irish newspapers report from a country ravaged by starvation, disease and death
'A feared institution': the workhouse system and the Famine
'Resisting famine': across Ireland crowds of people gather to prevent the transport and export of food
'Waves of despair': refugees flee Ireland to escape starvation and disease